A mini-panorama of Club de Ninos

Bracelets, Necklaces and Salvation without Condemnation
were the topics at this week's Club. 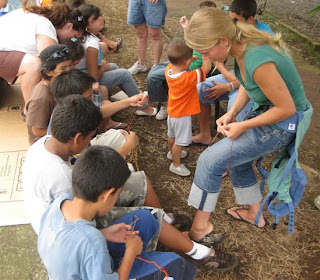 Marillyn, Linda and Gily lead the kids in a craft of braiding necklaces and bracelets. Each unique combination of colors was finished off with a wooden cross.

It was a challenge without Brooke, but praise God for our helpers Linda and Gily.

Pray for unity among the adults and ability to communicate the gospel clearly to the kids. 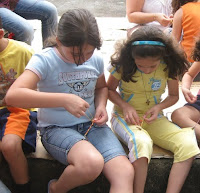 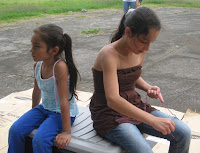 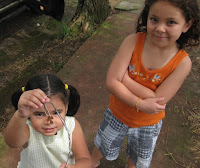 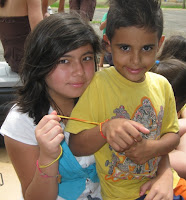 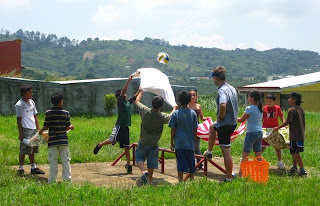 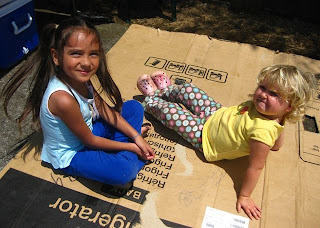 During last week's high school "English Day",
I assembled a mixture of 7th and 9th grade students
to perform Act I Scene I of Shakespeare's "Taming the Shrew."
The script and dress were both modernized. 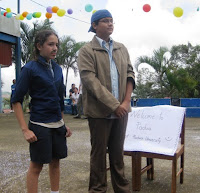 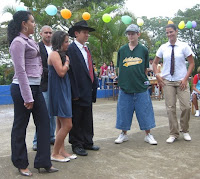 From Left to Right - Marisol as Tranio, Eduard as Lucentio
Andrea as Katherine, Fiorella as Bianca, Esteban as Babtista
Mauricio as Gremio and Nayat as Mauricio 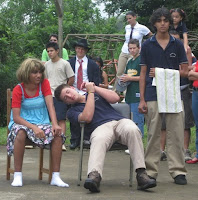 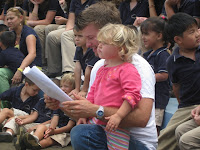 Jose Mario as the page, Juan Jose as Sly, Izack as first servant
Jon and Naomi following along with the script. 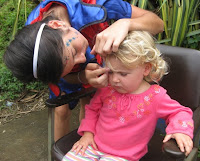 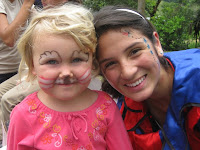