One of the most fun & rewarding events of the soccer season is our annual Parent-Player Soccer Awards dinner. We emphasize awards in four areas for each of the three teams:

Most Faithful Player - highest combination of attendance in both practice & games

Most Valuable Player - a combination of high attendance, humble character
& skill on the field

Most Improved Player - a combination of improvement in character & skill 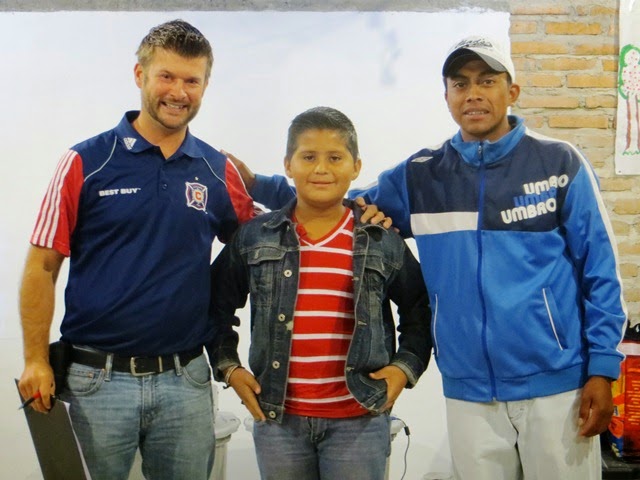 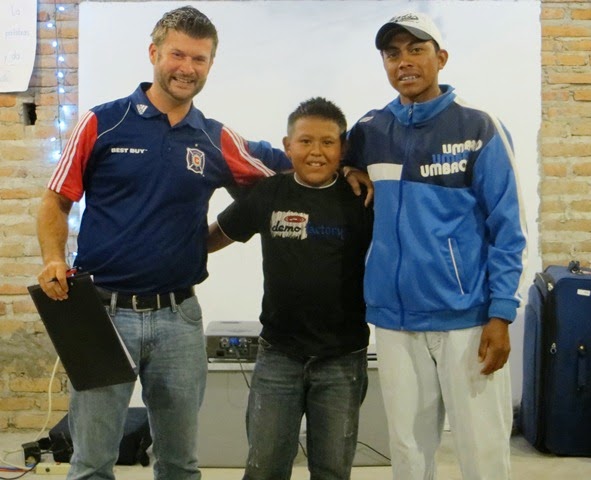 U-12 Players:
Dani (left) wins Most Faithful and Marlon (right) Most Improved

It is exciting to bless these young men with recognition & awards
in a culture that generally only awards futbol talent
or applauds everyone for a status quo performance.
Dani doesn't have the greatest skill, but was a humble, faithful addition to the 2nd place team.
Marlon's attitude changed throughout the season, especially after he was disciplined and had to walk home from our "away" game! His temperament softened and even his confidence on the field increased!

One of the most successful stories from this year's soccer tournament was the U-14 team. We struggled during the first round of games discovery team chemistry with one win / one tie / three losses. This was an identical mirror of our record last year, at which point many of the boys left the team; we struggled to have even eleven boys show up for a game!

This year, the exact opposite happened! The boys rallied and sharpened their focus and team effort and actually were contenders to win a play-off birth: two wins / two ties / one loss. Oscar & I were very proud that the boys did not give up, but finished strong!
A trait that will help them be successful on and off the football pitch!

Chino has had quite a history with Filipenses FC. He was actually expelled from the team for behavioral issues his first year. This year, his third season with us, he started training WITHOUT permission from his mom. Nonetheless, he anxiously approached Oscar & confessed his error. Fernando and I met with his mom and she agreed on a two week "No Soccer" trial period. If Fernando improved his attitude in the home and was more faithful to his chores, he could return to the team. Well, not only did he pass the test, he became one of the natural leaders on the team and helped rally the boys to finish the season strong!
Praise the Lord!

The additional work has been a huge blessing for many of the young families in the property's new location. Our foreman, Jose de la Paz - the local Baptist minister, is using the opportunity to share Christ with the unbelievers on the crew. Jon & Oscar are planning to start a men's Bible study once we move to the new location! 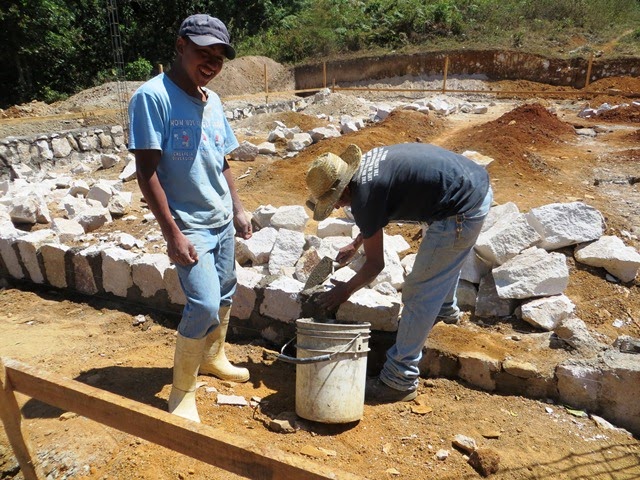 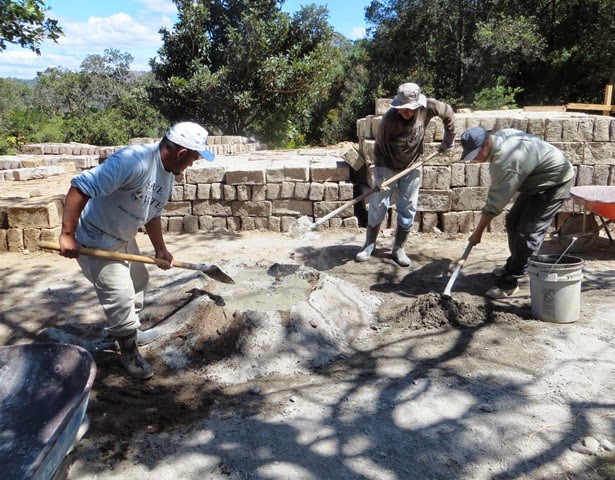 
CCM made their fourth consecutive short-term trip to Rancho Oasis this February.
It was wonderful to share the week of ministry with our friends... 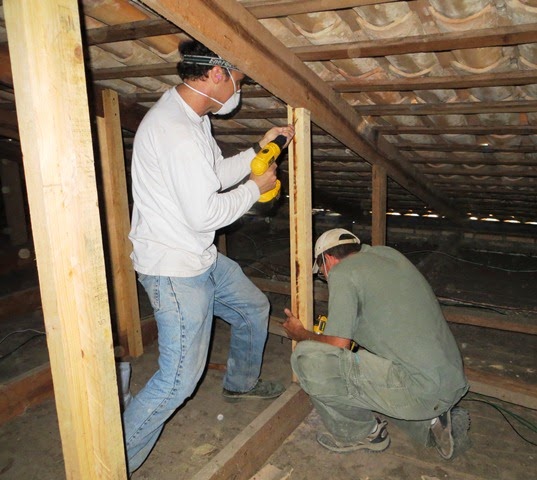 Left: The team helps Lucinda with her weekly English class at the local elementary school.
Right: Team members work on the new property projects - the guys are prepping to install sky lights in the new ministry house.

Many more photos and descriptions of the team's ministry week
can be seen on our Facebook ministry page:
Calvary Chapel Morgantown Missions Trip Photo Album


We were blessed to have Ilsy and Oscar watch the Ranch, as the RO4Y English speaking staff traveled three hours north to participate in the HFMM retreat. We were blessed to fellowship & worship (in English) with other missionaries, while our kids participated in VBS. It was a great time of renewal and refreshment. 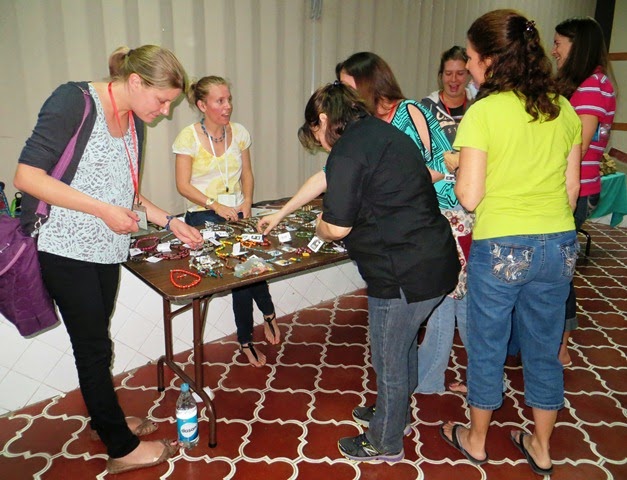 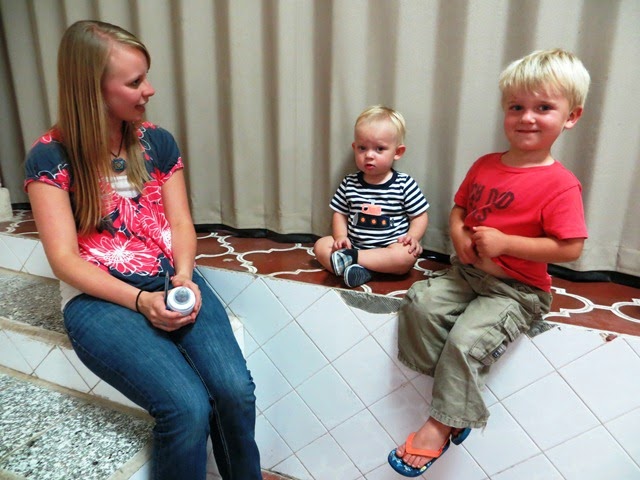 Left: Mare discusses her student's jewelry with some missionary shoppers. It was an unexpected blessing to sell at the retreat.
Right: Tobi buddied up with this little guy during the retreat. I'm thinking its a request for a little brother. LOL! 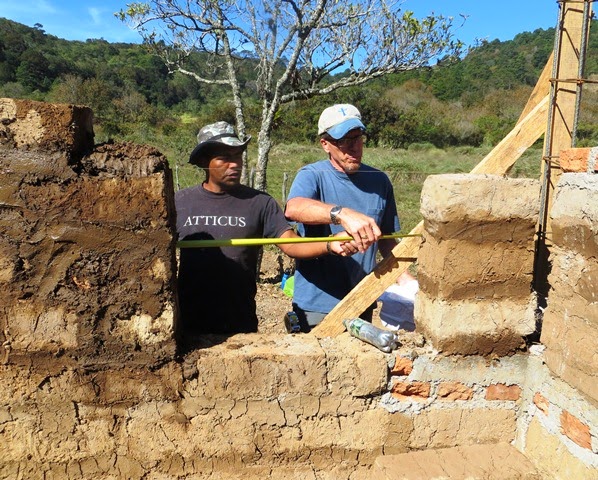 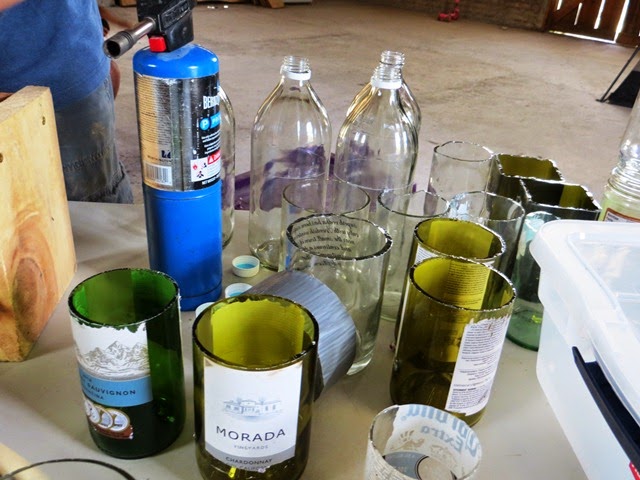 Left: Cut or halved bottles / Right: Heating the scored bottles to be immersed in water to again be warmed until it evenly/smoothly breaks.


Blessings all
We thank you for your prayer support!!!
Posted by The Beards: at 2:08 PM 0 comments