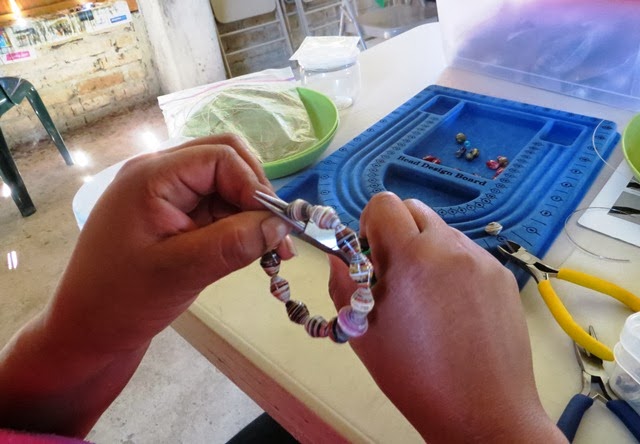 PRAY for the students to be faithful to read their Bible lessons & prepare their assignments. 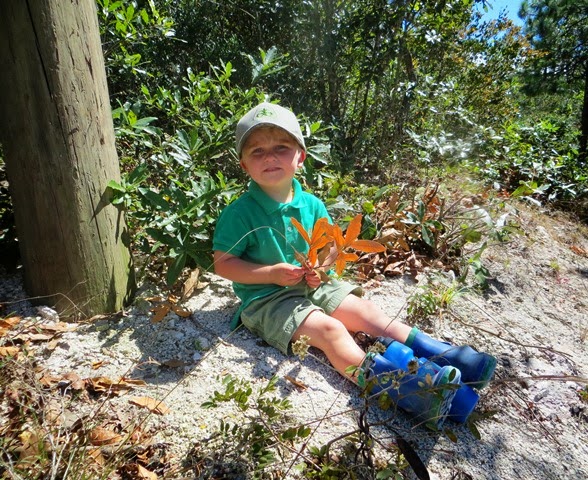 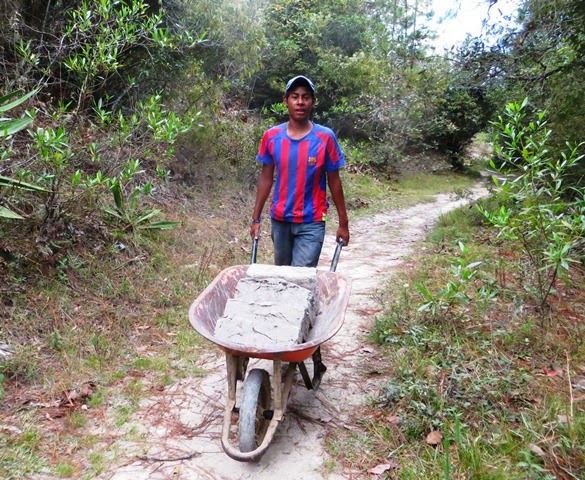 PRAY for the short-term missions teams schedule for this season of ministry:
we have a team scheduled for February, March, May (family), June (tentative) and July. 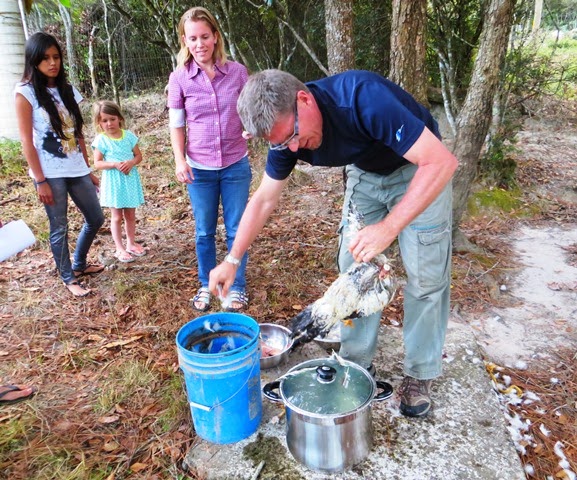 PRAY for the ladies as they adjust to living together: grace & peace!

PRAY for Andrea during her service at the Ranch,
especially that Poema would warm-up quickly.


PRAY for all of the RO4Y animals:
that they would serve their purpose for the ministry, be healthy and be a blessing.

PRAY for Oscar to continue to develop the heart, skills and disciplines of a pastor.

PRAISE for success with this year's tournament.
Many boys matured in their character and grew in their understanding of Scripture.
PRAY for Oscar and Jon as we continue to work with the boys in the off season. 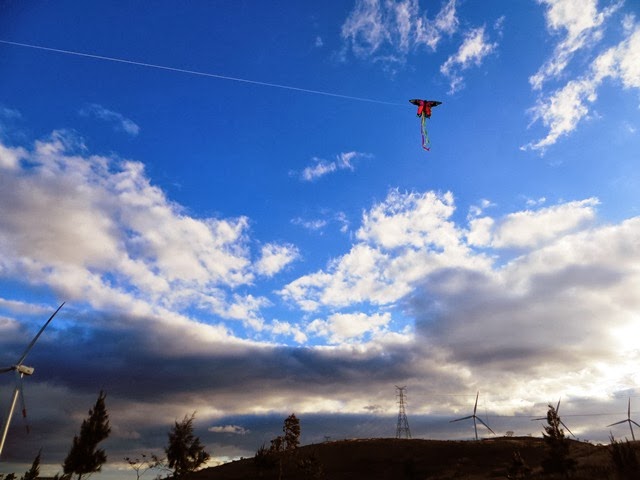 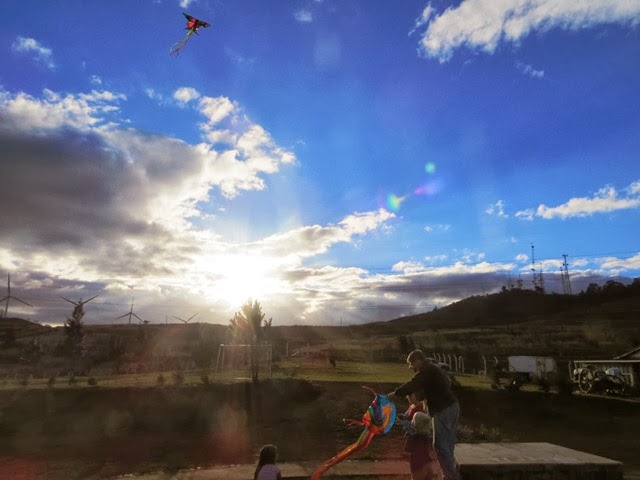 PRAY for the Beard kids to blossom in skill & spirit. 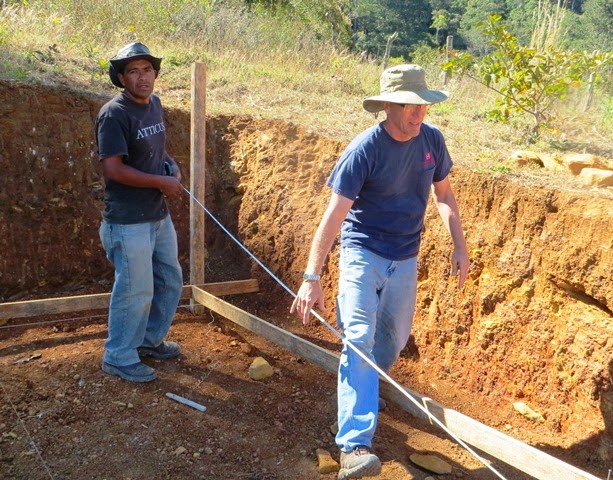 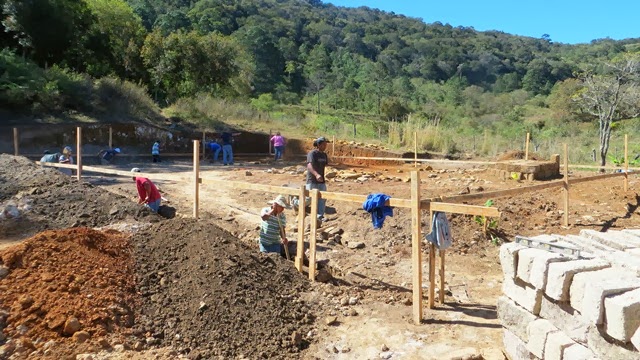 PRAY for God's continue provision for the new property.

PRAY for Lucinda to have insight into the girl's lives both academically & spiritually. 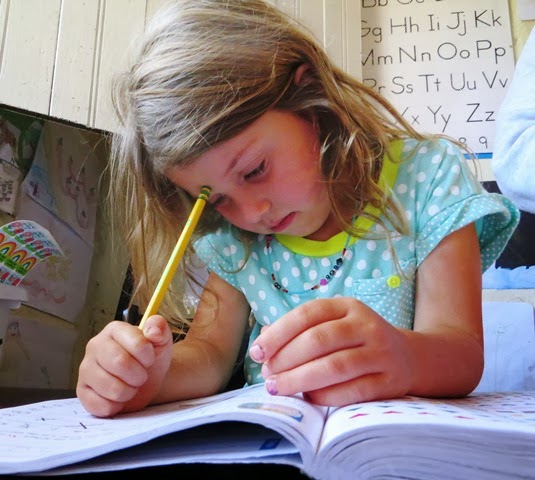 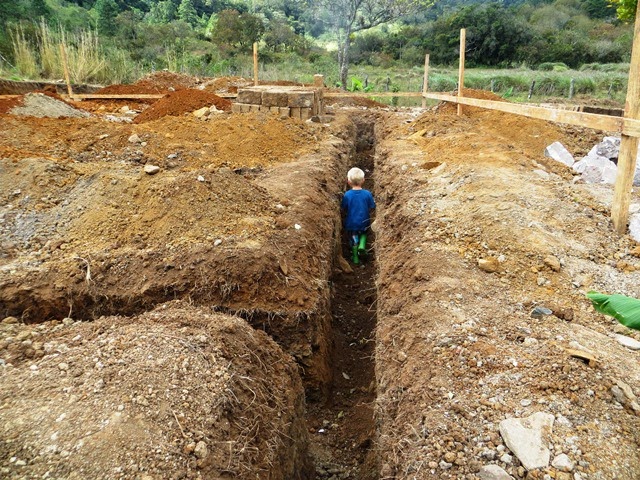 PRAISE for God's faithfulness to bring the right piece of land for the vision of Rancho Oasis! 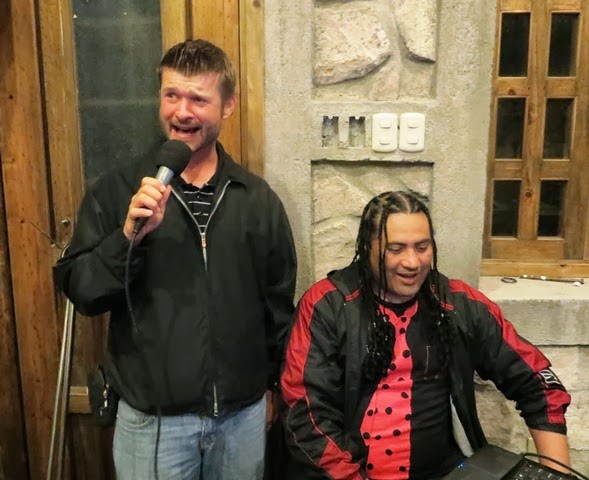 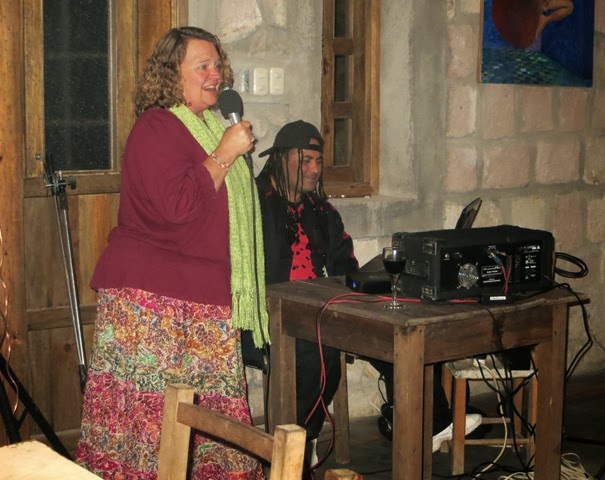 PRAY for the marriages of Rancho Oasis to grow in grace & love.


To the faithful you show yourself faithful; to those with integrity you show integrity.To the pure you show yourself pure, but to the wicked you show yourself hostile.You rescue the humble, but you humiliate the proud.You light a lamp for me. The Lord, my God, lights up my darkness. In your strength I can crush an army; with my God I can scale any wall.
Psalms 18:25-29 (NLT)
Posted by The Beards: at 7:16 PM 2 comments

PRAISE that we are so blessed to live in a beautiful country with a beautiful people!
(Minus the ticks!)


PRAY for the Beard family! Life is challenging with four children.
Even more so on the mission field!

PRAY for us as we seek to employ/disciple young men and women at the Ranch.
We are specifically asking that God would provide someone to assist Oscar with the work of maintaining the new property / landscaper and someone to help with the animals.


So, funny story.
We arrive mid-afternoon at Immigration to accomplish two tasks:
One - renew our four Honduran ID cards & two - pick up Poema's new ID card.
Upon our arrival, we are told that the machine isn't working, so we can purchase the cards and return at a later date to pick them up with receipt in hand. We purchase the cards and confirm our next step when the representative says, "Well, since you're traveling with the whole family. Let me take your photos and fingerprints so everyone doesn't have to return." We go through this step and the lady says, "Well, let me see what I can do about getting your cards printed." 15 minutes later, 10 minutes before the offices close, we depart with our four renewed ID cards! So, make sure to bring cute kids to immigration!
(We had to return a few weeks later for Poema's ID).

PRAISE God for His faithfulness... in all the details.

PRAISE for progress at the new property!
PRAY for Wayne Goranson (Marillyn's father) and Jose de la Paz (Oscar's Uncle),
as they collaborate on the various construction projects.
PRAY also for God's timing on a Bible study with the young men near the new property. 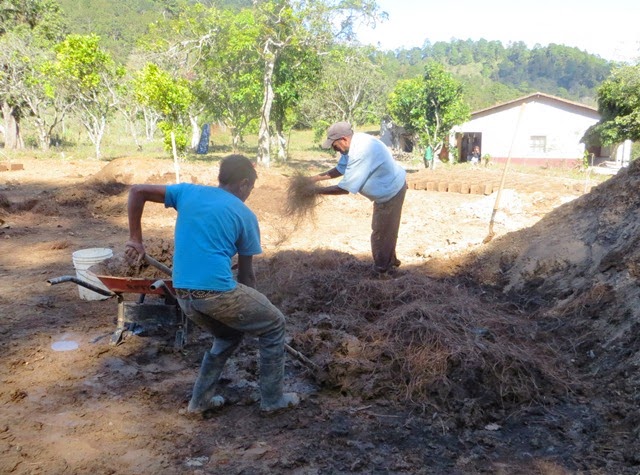 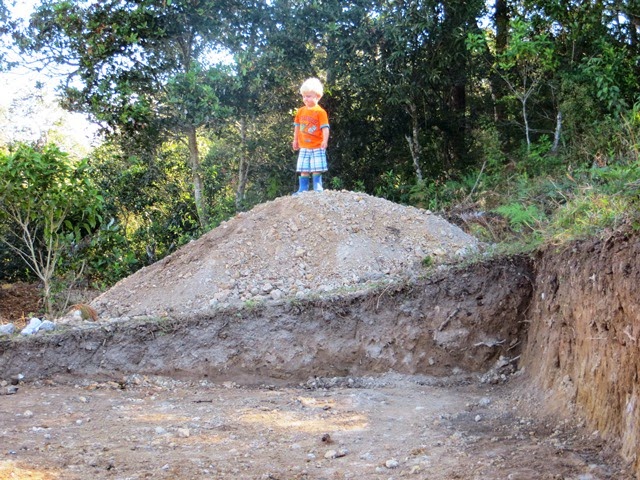 PRAY for Ilsy as she raises her daughter, Lissye, and serves at RO4Y.

PRAISE God for this unique ministry to the young men of Ojojona.

PRAY for the Beard kids as they grow up as "3rd-culture kids":
North American in appearance, but more Honduran in culture.
I'm excited for God's plan for these bi-lingual children.


PRAY for the students as we've started a mandatory Bible study reading program.
We are reading up to half a chapter of significant sections of scripture, like John 3:1-13 or Ephesians 2:1-10. We are asking the students to read the passage daily, copy the verse that impacts them the most and write a question about the passage. Our desire is to generate a desire to read the Bible daily and to really discuss/understand what we are reading! So, far so good! 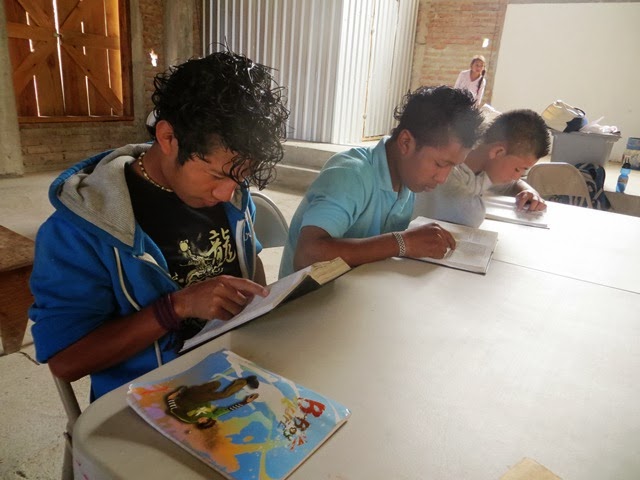 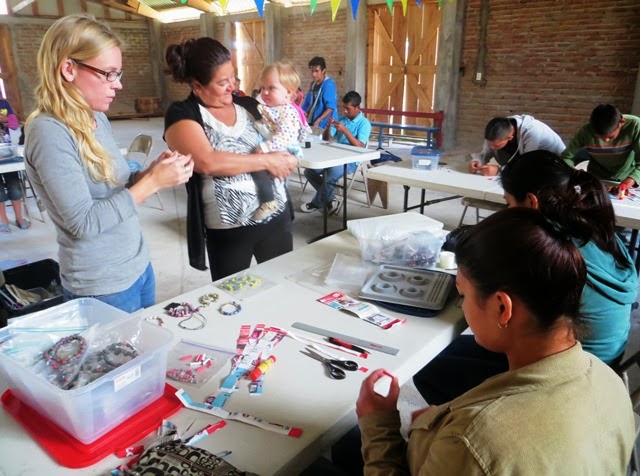 PRAY that more supporters will be able to visit the Ranch and catch the vision God has for our community and join in His plan.

PRAY for us as we determine the needs of the new property, prioritize them and divide them between local labor and short-term mission teams coming to serve with us.

PRAISE for God's faithfulness through Oscar and the futbol ministry.

I am so blessed to share how Oscar and I have come into the roles that God had for us with the soccer team.  This year, Oscar continued his role as team chaplain, but also took the reigns as "head coach." My role shifted to team administrator (attendance, discipline, equipment, etc). The U-14 boys struggled at the start of the season with only one victory and one tie in the first five games. I feared that we would repeat last years season and struggle to get the boys to even show up for games! God had a different plan.

Not only did all 20+ boys continue to show up for games, we went 2 - 2- 1 in the final five games of the season and actually were contenders to place third and advance to the semi-final game. (We technically placed 5th out of six teams, even though we were tied with the fourth place team for points, they had a higher positive goal differential.)

But, more important then the final points, the team's character developed. We learned perseverance, discipline and a strong work ethic. Individual players learned lessons in humility, selflessness and encouragement.

One example is Jonathan, a fifteen-year-old teen from Ojojona with no father in the picture. Despite being the second highest goal scorer on the team and team captain he was benched the last game because he was constantly chewing out his teammates at their every mistake. Once he left the field, his teammates worked together and came back from a 0 - 1 loss in the first half to win 4 - 1. After the game, Jonathan humbly looked at Oscar and said, "You were right." Lesson learned!

In the beginning the Word already existed. The Word was with God, and the Word was God.He existed in the beginning with God.God created everything through him, and nothing was created except through him.The Word gave life to everything that was created, and his life brought light to everyone.
John 1:1-4 (NLT)
Posted by The Beards: at 3:12 PM 2 comments