After a five month hiatus from the blog, it’s time to play catch-up (click on pictures to enlarge):
Who? 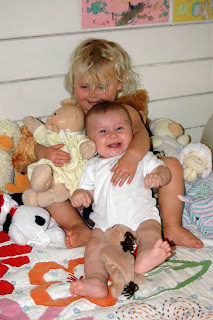 Jon, Marillyn, Naomi and Tabitha have been without Marillyn’s parents since the middle of January. Wayne and Brooke returned to the United States to raise support for Wayne’s work with Intensive Care ministries. (They return to Costa Rica March 17th). Marillyn completed 24 years in December and Jon finished 32 in March. Naomi is two-and-a-half and Tabi hit 6 months.
The Beards are one-step closer to citizenship; they were awarded Costa Rican residency in February. They await their final appointment for official approval in a few months! Praise the Lord.
Where? 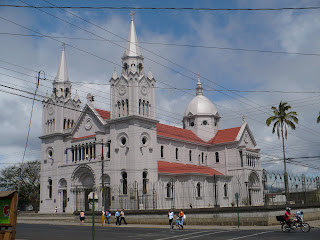 We moved from the hot and humid beaches of Jacó to the cool and fresh mountains of San Ramón. San Ramón can be found about an hour north-west of San Jose, CR’s capital city. San Ramón is a picture perfect Costa Rican city with a central park, a humungous Catholic church, the University of Costa Rica’s western extension campus, a professional soccer team (who happens to be in first place), multiple one way streets (where pedestrians take their lives into their own hands) and hillsides covered with coffee plantations. View our house on Google Earth: 10° 4'55.02"N & 84°28'8.46"W
What? 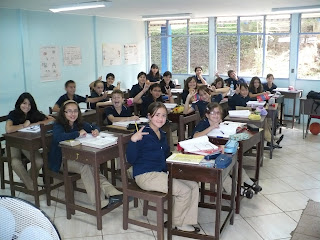 Our goal is to create the horse / youth rescue facility. In the meantime, Jon has taken an English teaching position in a private high school: Colegio Bilingüe San Ramon. He teaches sixth grade through eleventh grade, Monday through Friday and has eight different classes to prepare throughout the week. (The weekly schedule is similar to that of a college; for example, Jon teaches 8th grade Reading and Writing Tuesday, Wednesday and Friday for 80 minutes each day).

Why teach? God opened the door for a tent-making opportunity. Tent-making is simply using one’s vocational skills to work while also serving in the mission field. Our prayer is that during this time God will grant us favor with the community and begin to open doors for the foundation of Rancho Oasis for Youth.

We have also been involved with a local Christian church in San Ramón called Olivo Verde Comunidad Cristiana. A few weeks after our arrival in Costa Rica, we begin a friendship with the pastor of Olivo Verde. Pastor Federico has been a great resource for us and a good friend. This also helped with our decision to move to San Ramón.


Here's our prayer needs! [NOTE: Please click on it]

Labels: update
Email ThisBlogThis!Share to TwitterShare to FacebookShare to Pinterest

FYI: To format the coordinates to John & Mare's house in CR, enter it like this:

Hi Beard Family!!
This site is great, love it. We miss you terribly here in hot humid (and it has been) Jaco. Always thinking about all of you and praying for you! We will get your way one of these days.
Tons of Love!
Leo,Jim,Moriah and James