Week 26 was a good, but challenging week at Rancho Oasis.
Daily ministry continues and excitement is building
for the three groups coming in July and August. 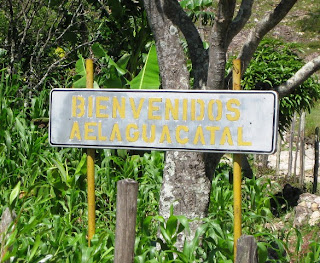 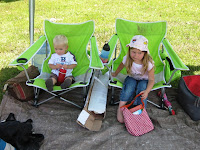 A unique ministry opportunity presented itself with Kevin, one of the young men involved with the youth Bible study. In Kevin’s neighborhood, Pallaguagre, they have an adult (mostly) soccer team. They scheduled a game in El Aguacatal, a village about an hour away, and asked if I would be willing to take the team if they committed to pay for gas. So, I decided to go bless Kevin, get to know his neighbors and let some of my children tag along for a Daddy-day adventure.

It ended up being a great time with my kids, I got to meet some of the dads of boys on the Ranch’s soccer team (Filipenses F.C.), invite some new boys to join our team and hang out with them. It was relaxing and very fruitful!

PRAISE the Lord for the opportunity to know my neighbors and pray that some spiritual fruit will grow out of it!

One of the great things about our garden project is the opportunity that it creates to get to know the kids in the community. Both Crisna’s and Yalbana’s garden have been planted and are growing well. 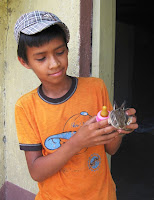 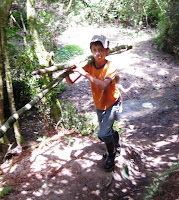 Gerson with recent find - one of three rabbits & carrying posts

So, this week I got to spend two mornings with Gerson.
He isn’t much of a talker, but the gardening seems to fit his gentle,
quiet temperament more than the soccer team.

PRAY for Gerson: his parents are married, but Dad is gone a lot as a security guard in Tegus, plus his older brother isn’t the greatest influence. Gerson has a lot of potential, but the teenage temptations/temperaments are clearly starting to pull on his young heart. 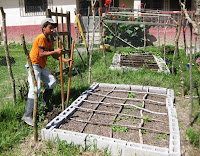 Just like sports, the ministry with the soccer boys has victories and losses (failures). Oscar and I are constantly in prayer in how to keep Jesus the center point of the team and our practices/games. We both love soccer, but are more interested in forming disciples of Christ. 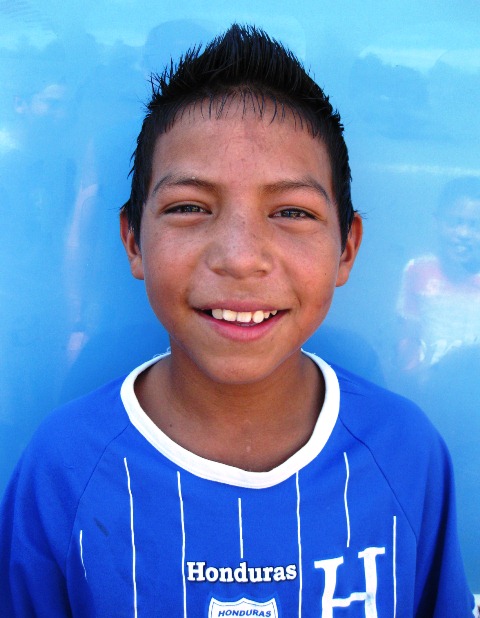 Many of you remember “Pepe” from last year as the boy who got his leg accidentally sliced with a machete during our end of the season “Copa de Lodo” game. (By the way he has healed – in fact, he scored a goal this last weekend!) Well, Kelvin Gustavo, as it reads on his birth certificate, is listening. Pepe is a difficult young man. He was kicked out of his first elementary school and his neighbor’s told me that he wasn’t worth my time the day I brought him home from the hospital. How do I know Pepe is listening? Well, normally during our studies through the book of Proverbs Pepe is being Pepe – talking, watching girls, throwing grass, etc. However, this last practice Pepe was the first to answer several of the review questions regarding the previous week’s Bible study. Yes, Pepe is listening! PRAY for his salvation. 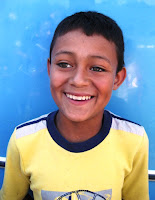 Elam is another challenging boy on the team. He is the middle of three brothers in a single-parent family. He is undisciplined, lazy, and a complete jokester. There is a lot to love about Elam – he has a way of growing on you no matter how annoying he can be! Well, he got into a fight during our "friendly" game on Saturday and was red-carded (kicked out). Well, via God’s grace I didn’t get mad at him, but talked to him. I simply asked if it was worth it? He didn’t respond, so I continued by pointing out where he was standing at that moment: not on the field and not playing. I told him the best way to fight back is to score a goal, not raise your fist. It seemed to sink in. We’ll find out next time. PRAY for his salvation. 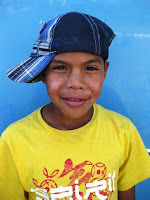 Fernando Joel, known by “Chino” on the team, is struggling. He is mouthy, cocking and thinks way too much of himself. Reality is, he is extremely insecure and his attitude comes off pretty ugly. He can be hilarious (class clown) and really likeable, but his attitude is quickly going sour. After showing up an hour late to the game, he basically was demanding to be put into the game because he couldn’t stay for the second half (we begun the game late, but the starters were already playing on the field). Well half-time came and Chino’s attitude pushed me over the edge. In front of all the young boys, he mocked me. This is a big no–no (a hot button for me). So, I kicked him off the team for a two week suspension. To be honest, I think I lost my cool. Yes, it was a teachable moment for Chino, but perhaps it lost its impact when I lost my temper. PRAY for Chino that he matures in Jesus. PRAY that I guard my hot buttons more carefully!

Well, if I was a little unsure of my error with Chino, I knew that I blew it with Kevin Mauricio. Kevin is also another very insecure 12 year old (turns 13 this week), who doesn’t know his dad. He asked to play goalie, so I reluctantly let him. He was amazing! Really! No fear, aggressive, etc. Sure, he made mistakes, but I was really impressed. Well, after the little boy's game in Ojojona, the older boys traveled to Santa Ana for theirs. When it was all done, Kevin decided to get on the back bumper of the bus and rock it up and down. For whatever reason, I lost it and chewed Kevin out. He was just being a boy, doing stupid things and he didn’t deserve the reaming that I gave him. (So much for the great game he played in light of the severe lecture he received.) PRAY for Kevin to know Jesus and find his security in Him. PRAY for me that I learn not to let the boys push me over the edge – they already get yelled at a lot by adults. I need to be a new breed of parent;  a “spiritual father” filled with mercy, love and a whole bus full of grace.

“So fear the Lord and serve him wholeheartedly. Put away forever the idols your ancestors worshiped when they lived beyond the Euphrates River and in Egypt. Serve the Lord alone. But if you refuse to serve the Lord, then choose today whom you will serve. Would you prefer the gods your ancestors served beyond the Euphrates? Or will it be the gods of the Amorites in whose land you now live? But as for me and my family, we will serve the Lord.”
Joshua 24:14-15 (NLT)

A new adventure is waiting for you to discover, let's find out the most visited places on Things to do