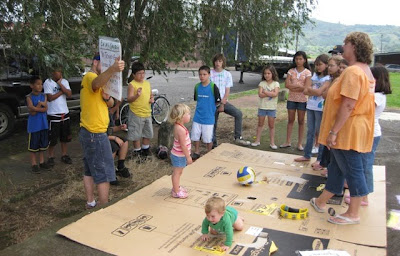 Today we held our second Club de Niños! It was a blast.
(Check out the previous post if you missed last week’s details). 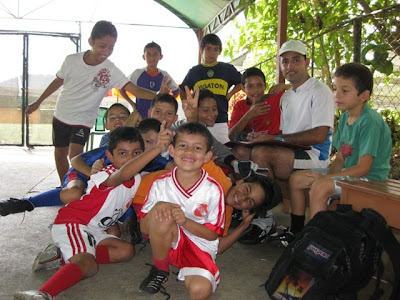 Prior to Club, Jon gave a short devotional at Douglas’s soccer class located at a nearby artificial-turf soccer field. There were roughly twelve boys averaging the age of 10 years-old. It was a simple message based on the first verse of the Roman’s Road: “As the Scriptures say, “No one is righteous— not even one” and the 10 commandments. I brought a small mirror and asked the kids to imagine God’s law as the only mirror they use to view themselves, rather than comparing themselves to others. Prayerfully, the image will stick! Or reflect! 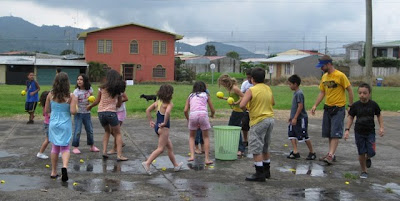 Jon returned to the park to join Brooke, Marillyn and friends to begin the festivities. We began with some fun kids songs and proceeded with a balloon toss. After some drinks, the kids sat down for the devotional. Pray for wisdom for Jon for communicating God’s truth in Spanish; praise the Lord we have some English speaking Tico-friends who are more than willing to lend a hand with translation.
We ended our time together with watermelon and a HUGE water-balloon war! It was… wet! 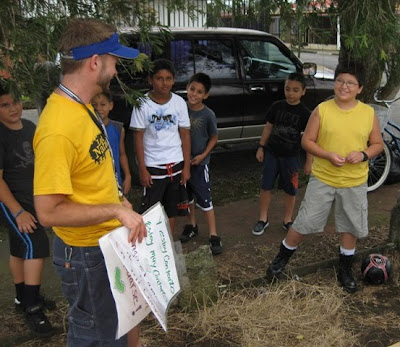 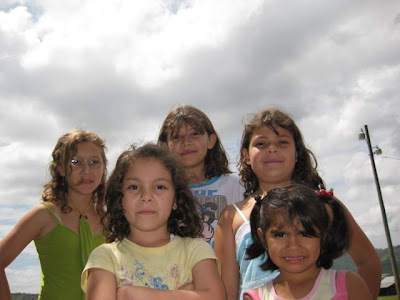 This photo of some Club de Nino girls, was taken by Naomi,
who stands at roughly 36 inches
Prayer Requests:
“Not that I seek the gift, but I seek the fruit that abounds to your account. Indeed I have all and abound. I am full, having received from Epaphroditus the things sent from you, a sweet-smelling aroma, an acceptable sacrifice, well pleasing to God. And my God shall supply all your need according to His riches in glory by Christ Jesus. Now to our God and Father be glory forever and ever. Amen.” Philippians 4:17 - 20 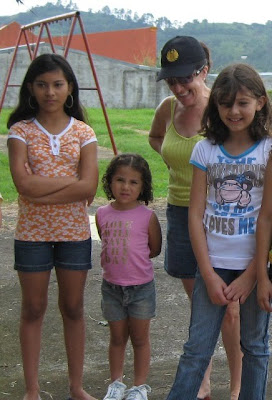 Neighbor, friend, translator and sister-in-Christ,
Gily (in the cap) laughs along with a few girls from club.